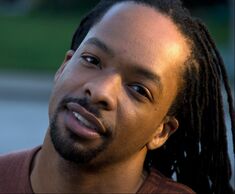 JERICHO BROWN
Jericho Brown is the recipient of a Whiting Writers' Award and fellowships from the John Simon Guggenheim Foundation, the Radcliffe Institute for Advanced Study at Harvard University, and the NEA.  His poems have appeared in The New York Times, The New Yorker, The New Republic, Buzzfeed, and The Pushcart Prize Anthology.  His first book, PLEASE, won the American Book Award. His second, THE NEW TESTAMENT, won the Anisfield-Wolf Book Award and was named one of the best of the year by Library Journal, Coldfront, and the Academy of American Poets.  He is an associate professor of English and creative writing at Emory University. ​jerichobrown.com 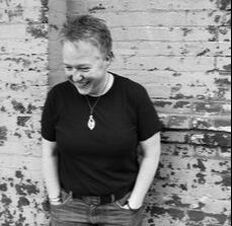 KATE CARROLL DE GUTES
Kate Carroll de Gutes's book OBJECTS IN THE MIRROR ARE CLOSER THAN THEY APPEAR won the Oregon Book Award for Creative Nonfiction and a Lambda Literary Award in Memoir.

​Kate is a wry observer and writer who started her career as a journalist and then got excited by new journalism, which became creative nonfiction and is now called essay (personal, lyric, and otherwise). Her second book, THE AUTHENTICITY EXPERIMENT: LESSONS FROM THE BEST & WORST YEAR OF MY LIFE, won an IPPY.  katecarrolldegutes.com 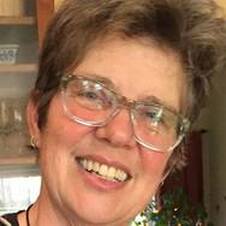 CAROL POTTER
Winner of the 2014 FIELD Poetry Prize from Oberlin College Press, Carol Potter's book OTHERWISE OBEDIENT was a finalist for the Lambda Literary Award in GLBT poetry, and SHORT HISTORY OF PETS won the 1999 Cleveland State Poetry Center Award and the Balcones Award. Other awards include: The Ekphrasis Prize for Poetry, a Pushcart Prize, The New Letters Award for Poetry, The Tom McAfee Discovery Award from The Missouri Review, three Massachusetts Council of the Arts Awards, and the 2004 dA center for the Arts poetry award. In addition to writing residences at Yaddo, MacDowell, Millay Colony for the Arts, Cummington Community of the Arts, Valparaiso, Villa Montalvo, and Centrum, Carol was also a Thurber House writer-in-residence.  CWPotterVerse.net 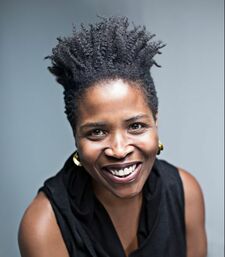 ARISA WHITE
Cave Canem fellow Arisa White is the author of PERFECT ON ACCIDENT, YOU'RE THE MOST BEAUTIFUL THING THAT HAPPENED, BLACK PEARL, POST PARDON, A PENNY SAVED, and HURRAH'S NEST. Her poetry has been nominated for a Lambda Literary Award, NAACP Image Award, California Book Award, and Wheatley Book Award. The chapbook Fish Walking & Other Bedtime Stories for My Wife won the inaugural Per Diem Poetry Prize. She's the co-author of BUDDY MASON SPEAKS UP, the second book in the Fighting for Justice series for young readers. As the creator of the Beautiful Things Project, Arisa curates cultural events and artistic collaborations that center narratives of queer and trans people of color. She is a member of the Jack Jones Literary Arts’ speakers bureau and is an assistant professor of creative writing at Colby College.  arisawhite.com